Below we detail how it works and what are the stops, schedules and prices of the Granada Metro, where is the Bus Station and the Granada Railway Station, which are the lines of the Granada urban bus, which towns communicate the network of Granada Consortium buses, which destinations the Federico García Lorca Granada-Jaén Airport connects and how to move around the city by bike. 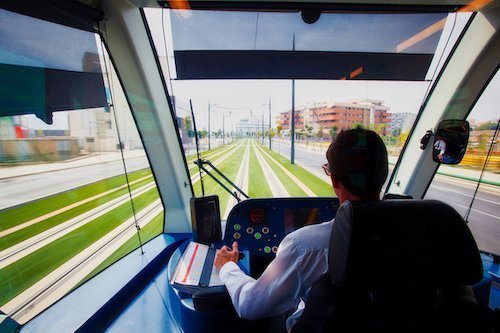 Although its construction took more than 10 years, today, the Granada Metro is the best means of transport that the capital has.

There is already a projection of creating more lines, but for now, the Granada Metro consists of a single line and crosses the capital connecting it with the municipalities of Albolote, Maracena and Armilla.

Below you can see the map of the Granada Metro, with its 26 stops; 2 in Albolote, 3 in Maracena, 17 in Granada capital and 4 in Armilla. All exteriors like a tram, except for 3 of those that run along Camino de Ronda.

The Granada Metro schedules are:

The frequency of the Granada Metro is:

With the exception of some specific dates such as the Festival of the Virgen de las Angustias or the days when there is a Granada FC football match, where reinforcements are added.

And the prices of the Granada Metro are:

In total, there are 28 urban bus lines in Granada, including the routes that link north, south and the city center, the minibus lines that link Alhambra, Albaicín and Sacromonte, the university lines, the circular lines and the night lines.

Here is a list of all the urban bus lines in Granada:

Granada city bus schedules are from Monday to Friday from 6 a.m. to 00 p.m.

The prices of the urban buses in Granada are:

Transfers between different bus lines take 1 hour so they are free.

The Credibus card can be used by several people and can be purchased and recharged directly on the bus itself (a € 2 deposit is paid and is valid for 5 years). If it is only to recharge, it can also be done at any of the 19 stops on line 4 where the machines are located.

During the Granada Fair, several bus lines are added to connect the fairgrounds with different parts of the city. The urban buses to go and come to the Granada fair are:

The buses that connect the capital with the neighboring and surrounding towns are the Granada Consortium buses.

This transport network connects Granada capital with 55 municipalities through a large number of lines whose nomenclatures usually start with 0100, 200 or 0300.

To be able to travel with these bus lines, you will have to acquire the Consorcio’s green transport card, sold in tobacconists and kiosks (with a € 2 deposit). Later you can recharge it here or at the vending machines at the Metro or bus stops, as this same wallet card can be used in these three transports: Metro, urban bus, interurban bus.

The price of a single ticket for the interurban bus in Granada is € 1.50.

How to get to Granada from other cities

Granada is very well communicated, especially with Malaga, Seville and Madrid in terms of tourism and communications, since there are many tourists who come to our city from these capitals.

Therefore, in addition to the private car, you can get to Granada in these means of transport:

On the other hand, to get to Granada the use of shared car (Bla Bla car or Amovens) is also very widespread, especially among the younger population and students.

Although initially it has not been a city that stands out for its bike lanes, today many more streets and places have been adapted to this transport.

How to get around the center of Granada

Granada is really a city whose historic center can be visited on foot, especially if you want to enjoy the magic of its streets and squares.

However, the urban buses that go to Gran Vía and Avenida de la Constitución are lines 4, 8, circular 11 and 21 and 33.

If you want to visit the Alhambra, Albaicín and Sacromonte areas, which are cobbled areas with many slopes, you can opt for the C30, C31, C32, C34 and C35 minibuses, which connect the center with these areas.

If you need it, you can always choose to move by taxi, although it is the most expensive means of transport in Granada.

And finally, you can also take a tourist route through the most unique places through the Granada City Tour Tourist Train.

If you visit the city with your own vehicle, you will realize that one of the inconveniences you usually have is knowing where to park in Granada. And it is …

Where to park in Granada? Free Zones and Best Parkings Read More » 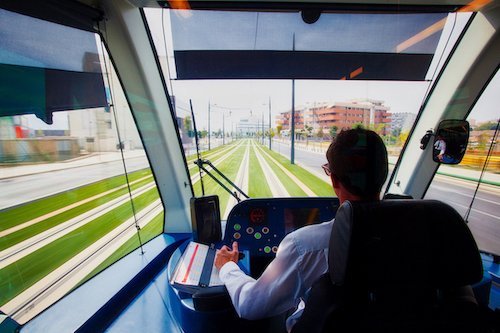 Moving around the city of Granada and its surroundings is much easier and more direct since its metropolitan transport was inaugurated in 2017. And although its construction took more than …